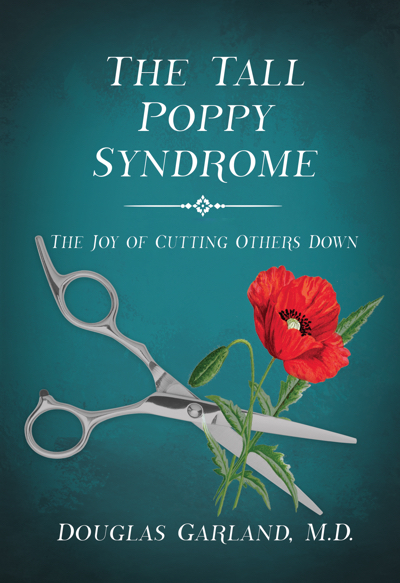 The Joy of Cutting Others Down

A Tall Poppy, in Australian terms, is someone noticeably successful as defined by wealth, prestige, prowess, rank or even birth that may attract hostility, envious attention, or malevolence. Some people holding this Tall Poppy person in contempt may attempt to cause failure or disgrace by “cutting” him or her “down to size”; thus causing their target to be “tall-poppied” as a victim of the “Tall Poppy Syndrome” (TPS). Awareness of TPS is rarely noted in the United States despite being documented in most countries using various metaphors, words, or phrases.

As an egalitarian society – one that favors equality for all people – Australia’s natural order or country identity is such that everyone’s status is similar; thus all “poppies” should be the same height. If someone feels joy with the victim’s fall from grace, they experience what Germans refer to as schadenfreude. Perhaps our Declaration of Independence, as well as our Judeo-Christian-based society, has led citizens of the United States to embrace and celebrate individuality. Over the past 50 years, however, a shift from individualism towards collectivism, liberalism, identity politics, and political correctness emphasizing the group and less the individual has taken place. Will this drift towards egalitarianism give rise to TPS in America? Or has it always been here but unrecognized?

My goal in writing about TPS and sharing my experiences with others is that readers of Tall Poppy Syndrome will learn about this syndrome and discover answers to these questions and more. My book describes the history of TPS, with a full section devoted to societal benefits of tall poppies and their qualities. Other chapters describe emotions and syndromes such as bullying and schadenfreude, both which have similarities to TPS, as well as examples of Tall Poppies, Fallen Poppies, including Fallen Poppies with the U.S. government as a cutter.

The tall poppy syndrome is a culture where people of high status are resented, attacked, cut down or criticized because they have been classified as better than their peers. This is similar to begrudgery, the resentment or envy of the success of a peer. The term has been widely used in many of the Anglosphere nations. (Source - Wikipedia)